Today I took Lex to register for Jr. High.

I’ve done this 2 times before, but for some reason this time it’s hitting me harder. Maybe it’s because it’s hard to believe I’ll now have 3 kiddos out of Elementary School. Even Eric was a little bit surprised when we sat down to choose classes. I suppose in our minds this kid will always be a little boy.

This kid is so ready to move on up. He knew EXACTLY which electives he wanted to take. One of which was dance. Eric and I looked at each other and wondered what this kid was thinking. We found out that the Dance Co, performed when these kids went to a pre-registration thing and there were some boys in it. The dances they did looked awesome and Lex decided he wanted to be a part of that. We also found out a bunch of his friends said they were taking dance.
So we got to the school and it was nice to be able to have this experience without any other kids, with the exception of Zach. We had time to talk to each other and I quickly realized Lex knows a lot of people!
They had the Health Dept. there ready to give immunizations and so we got them done. It was one less thing to worry about come summer. This kid barely flinched and had to get one in each arm. One day I wanna be like him.
This kid is ready to take on the world of Jr. High and he’ll never look back. I just hope his Mommy can do the same and let him go. 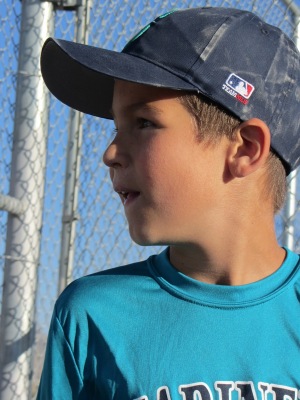