February 16, 2015April 20, 2017
Let’s start off the Valentine’s Day post talking about Valentine’s Day boxes. Luckily, I only had one kid whose teacher thought the kids should make their boxes. Tanis and Shaylyn are too old for boxes and passing out Valentines (although Shaylyn did get a box of conversation hearts and a few other pieces of candy from some kid), Nate’s teacher kept things simple and they made an envelope or something. That left Lex. His teacher thought it would be a good idea to have the kids make a box.
I was in a rotten mood for most of the month and I really didn’t even know where to begin on making a box. But bless Lex’s heart and mind – he came up with his own idea and went to work. I was more than excited when I saw this:

That’s right, this kid used Lego’s to build a Valentine’s Day box – complete with a lid that flipped up and down! I’m glad he enjoyes Lego’s as much as he does.
So we get to Valentine’s Day. It was a rough day for me, but first a little background…

Eric’s good friend, Anthony recently bought a game store from another family in our ward. The previous owner(s) got a new job in Texas and really had no other choice but to sell the store. Anthony decided he’d buy it, but partially because Eric said he’d help him run it.

So Valentine’s Day, Anthony’s son gets baptized in the morning – which means he needed Eric to go and run the shop in the morning. Before Eric left, I gave him his gift. It started with something that Eric had messaged me earlier in the week and told me we needed: 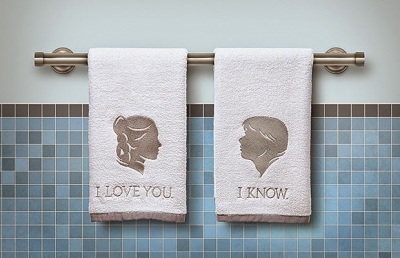 SOURCE
So because I thought it was funny and knew as soon as he looked at finances, he’d know what I bought, I bought the towels. He got a good laugh from it.
I next gave him this: 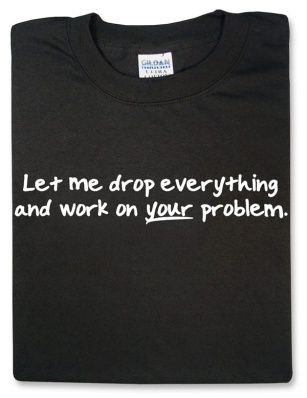 SOURCE
I found it while I was looking at the site for the towels and knew he’d love the shirt. He is constantly being bugged at work to fix everyone else’s issues while he’s in the middle of trying to figure out his own. It may or may not happen at home as well.

The real gift that I left for last was something totally unexpected, but something he liked as well. He’s a big fan of Monopoly and really enjoyed The Legend of Zelda games growing up, so when I found this, I was sold! 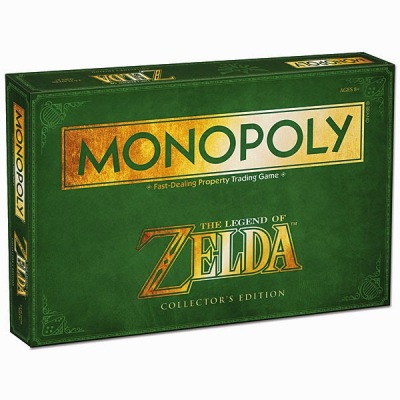 SOURCE
I then took Nate and Ailey to the baptism as it was for Nate’s good friend. I struggled a little bit during the baptism realizing that when Nate, Ailey and Jace get baptized – their grandpa won’t be there to serve as a witness like he did for Tanis, Shaylyn and Lex.
After the baptism, I bring the kids home and try to clean the house a little until Eric gets home. I was still really kind of sad and had a hard time dealing with things. I also struggle when holidays don’t seem so much like holidays.
My gift had come earlier in the week and though I wanted to hold off on opening it, I couldn’t. I kind of knew what was inside, I just didn’t know exactly what was inside. But this is what I got:

(ETA) A couple friends have joined her in the weeks since:

So I loved my gift, but having opened it earlier in the week – the day was just kinda blah! We had no plans to celebrate either and so I was just really not very happy.

After some sort of stupid argument that was probably started by me, we decided to go out to eat somewhere. We decided on a place called One Man Band Diner. I like it because it’s kind of 50’s themed and it’s quiet. You also order by phone so you’re not interrupted every few minutes. The food is okay. I just wanted to be somewhere quite where we could enjoy each other’s company.

We ended the night on a good note and I felt better after we got out and were able to just be together.

After church and dinner on Sunday night, the kids and I did our traditional cookies. I felt bad that I had had such a hard time the day before that it didn’t happen and I had a couple kids ask about it, so I knew we had to do it.

We really had a good time and the kids gave me lots of good laughs.

And when you see a face like this, how can you resist not letting him in on the fun?

(Ailey’s face pretty much describes how all the kids reacted to Jace’s involvement.)

Shaylyn couldn’t wait for all the cookies to be frosted so that she could do this:

I don’t know who’s child this girl is…
And here’s our finished product…Yummy!