I am so afraid of what the next few years will bring with extracurricular activities.

During the Christmas season Tanis had a band performance one day and Shaylyn had a choir performance the next day. Crazy things. Thankfully it worked out just so and we were able to attend both with no issues.

We had Tanis join Pony Band which is held at the middle school/jr. high. The band leader there takes 5th and 6th graders from the schools that will feed into the jr. high and does a band with these kids. This means that come next year when Tanis is actually IN Jr. High (So not looking forward to that day) he’ll be able to go into intermediate band instead of beginning band.

It’s been a good thing for him and it’s given him a sense of accomplishment. He looks forward to practice every Monday and Wednesday and has picked up the clarinet pretty well. I can’t even make a sound come out of the stupid thing. We figured the clarinet was a good instrument to start with because in a few years (if he chooses to) he can move to the saxophone quite easily. Eric also played the clarinet in 5th grade band. 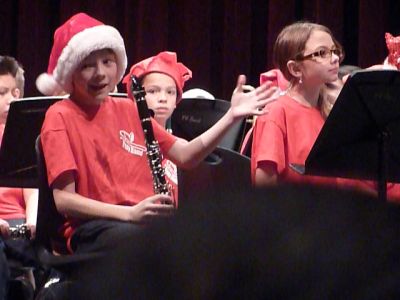 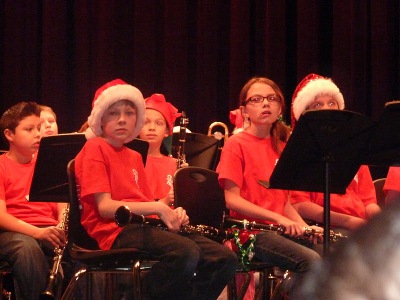 The next day Shaylyn had a choir performance. The elementary school usually does A Christmas Carol and Shaylyn had said at the beginning of the year that she wanted to sign up. Well, they didn’t do the play for whatever reason and just stuck with a choir instead. Shaylyn still signed up. She had practice every Wednesday throughout November and December and was so excited to be a part of something like this. She was even more excited that her ‘boyfriend’ Gavin and best friend Lorelei were in it with her. She was doubly excited to be able to stand by each of them for the actual performance. 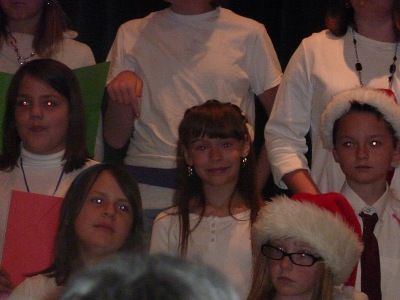 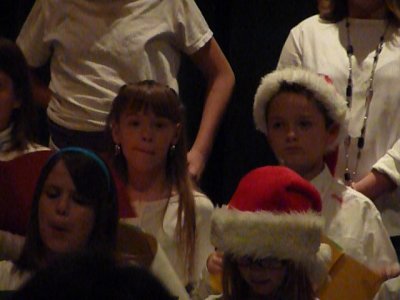 Here’s the video for the music along with a few notes….
#1. Tanis is in the second row with a red and green hat. He’s the one that bobs his head while he plays. We’ll work on that. 😉
#2.  My camera is stupid when it comes to videos. It takes a few seconds to register the sound, so some of the sound is cut off.
#3. At certain points I ‘forgot’ that I was filming and sang along. I apologize!
#4. During the song Feliz Navidad I move the camera to 3 boys in sombrero’s. The two boys on the very end were Scouts of mine a couple years ago and they were some of the funnest boys ever. So I wanted to get their antics on the video.
#5. ENJOY!!!