Always behind by a day, but that’s life lately. 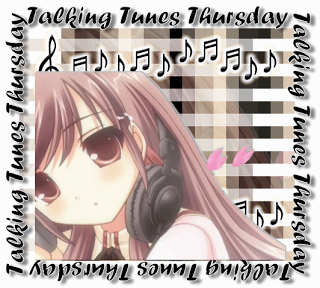 — The life of a musician on the road, counting down the days until they reach home again. —

I first started listening to SHeDAISY because they were from Utah and grew up in the city next to the city I grew up in. I later found out they were cousins to some kids I grew up with – small world. Anyway, I like this song because of the beat, mainly. There are also some very clever lyrics in this song. Some of my faves include: ‘the love that I’ve been gettin’ I can’t really call it mine’ and ‘Okalahoma City always looks pretty ‘Cause it’s half way home.’

This isn’t a song I’d say was a favorite, but it’s still a great song to listen to and to move along to.

On the table for next week: 4 In The Morning – Gwen Stefani
If anyone else would like to join me in doing Talking Tunes Thursday – I would love for you to join me. I will email you the little ‘siggy’ (or feel free to create your own) and I can link to your blog at the end of each ‘session’